We stopped for the last time in Vanuatu at the small town of Sola on Vanua Lava island in the Banks island group. We thought it might be an opportunity to pick up a few veggies to replenish the stocks that we’ve eaten through over our last week of delays.

It is a pretty little town, much more organised and tended than a lot of the outer island towns we’ve visited. As usual there are several small stores along the stone and dirt road but we missed the market where veggies are sold by a day. When we inquired at one store if they had any tomatoes or kumala (sweet potato) to sell the old lady who ran the tidy little shop said no then asked us if we’d come by boat. When we replied yes she called to her husband in the back and a great flurry of activity and conversation ensued and she produced a small bag of tomatoes from her garden, a little cabbage, two choko, and two large hands of green bananas. They insisted we take them, free of charge. We couldn’t possibly eat that many bananas before they spoil so we settled on only one hand and insisted we pay, something. All they would accept was 300 vatu, or about $3.50.

People often talk about the kindness of the islanders but it is really only recently that we’ve encountered such open generosity. When people seemingly have so little but overwhelm you with such kindness it is staggering. I hope that the further we go the more encounters like this we will have.

Today we are on the way to the Solomon Islands.

Our first destination the island of Ndendo where we will do our provisional check in, it will be 200NM or so passage. From there it is west to Honiara, the big smoke. Until we get ourselves straightened out with a SIM card and mobile internet, which might be in Honiara if there is no ATM in Ndendo, we will be offline. We will be checking in via our SPOT, daily on passage and when we change anchorages, and you can follow along here. 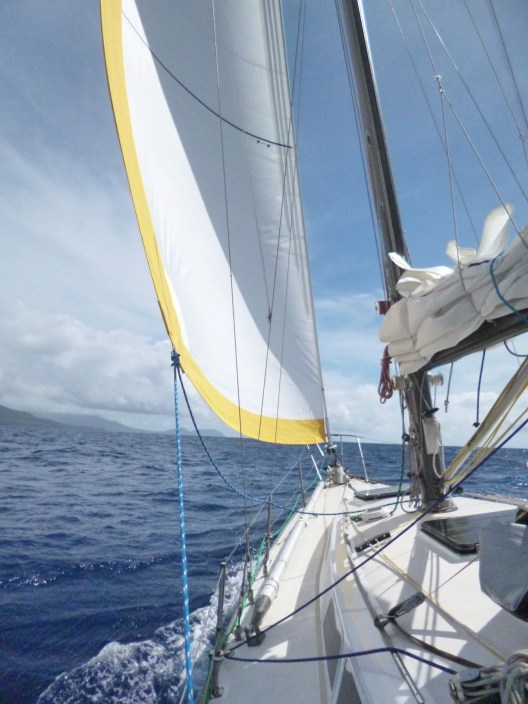